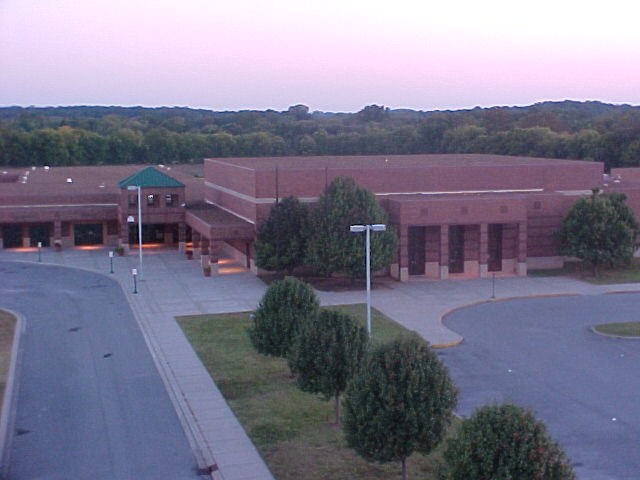 A Glimpse at the History of Lascassas School
The "Apostle of the Indians," Bartolome de Las Casas (1474-1566) was a Spanish missionary who sailed with Columbus' third expedition. He came to this country in the sixteenth century and became a friend with the Natives in this area. His efforts to protect the native population from slavery and abuse led him to speak on their behalf in the Spanish courts on several occasions. A chief from this area named his son Lascassas in honor of Bartolome de Las Casas’ work on behalf of the Natives. When his son became chief, he decided to name the settlement Lascassas.

The earliest records of the school date back to 1824, when it was known as the Lascassas Academy. In the early 1900s the school had studies through the 10th grade. Then by 1926, the school had developed into the status of a four-year high school. However early that year, the school was burned in a late afternoon fire. By 1927, a new brick building was completed. A new gymnasium followed in 1936 with donations of money and hard labor by local community members. But fire struck again late in the night when the gym was destroyed. So in 1954, a new concrete block building was built to house the gym, cafeteria, and vocational classes. This building is fondly referred to as the "Old School" among long-time area residents. The "Old School" housed students from grades 1-12 until 1972. The consolidation of all county schools in 1972 brought an end to high school grades at Lascassas at which time the building became a K-8 facility. The present building was completed in 1993. This facility serves students in grades PreK-5 including Comprehensive Development Classes.

A history of Lascassas could not be complete without honoring former principal, Larry Stewart who began teaching at Lascassas Elementary School in 1964 and became principal in 1966. He served as principal through school year 1999 – 2000 for a total of 34 years. Under his leadership, a bond of honor and pride for the community school was established in a way that will carry on throughout the years. There is a plaque in the front lobby commemorating his years of service and dedication to the students, staff, and parents of Lascassas. This plaque aptly describes Mr. Stewart as "A Friend to all Children."
The future of Lascassas Tennessee is a story yet to be told. But one thing is for certain, as long as the residents, students, and teachers of this community work together for the common good of all, great accomplishments are yet to be achieved.
Facts about Lascassas